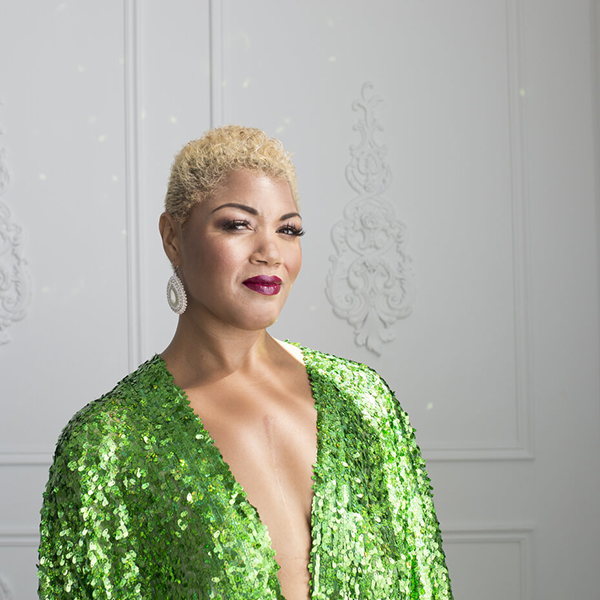 Soprano Measha Brueggergosman ranks among the Canadian greats, with a career that effortlessly embraces the broadest array of performance platforms, musical styles and genres. Hosted by the School of Music, this webinar will engage Brueggergosman in a lively and meaningful discussion about her life and work, including her recent projects. Open to the public, this presentation will be of particular interest to students, with whom Brueggergosman will share her experience as a performer and an artist, and why this role is so important for humanity right now.

This event will be co-hosted by School of Music Assistant Professor Merrie Klazek and Professor Benjamin Butterfield.

Measha Brueggergosman began her career predominantly committed to the art of the song recital and has presented innovative programs at Carnegie Hall, Washington’s Kennedy Center, and Wigmore Hall in London. Along the way, she’s worked with several of the top symphony orchestras in the world. On the opera stage, highlights include the roles of Giulietta and Antonia in Les contes d’Hoffmann, Elettra in Idomeneo, Jenny in Weill’s Mahagonny and Emilia Marty in Janáček’s Věc Makropulos. Brueggergosman’s recent release, Measha Jazz, is a tribute to legendary 20th-century Black vocalists such as Sarah Vaughan and Nina Simone, who were denied opportunities due to racism. Off the stage, Brueggergosman is just as active: she recently released her memoir “Something Is Always On Fire” published by Harper Collins, she appears regularly on primetime TV, and leads children across the country in song, in celebration of the nationwide campaign for music education.

This event is sponsored by the UVic Provost’s Distinguished Women Scholars Lecture Committee. The DWS series was established to highlight and honour outstanding research achievements by women scholars.

RSVP for the webinar here. Once registered, you will receive a link by email to join the webinar.