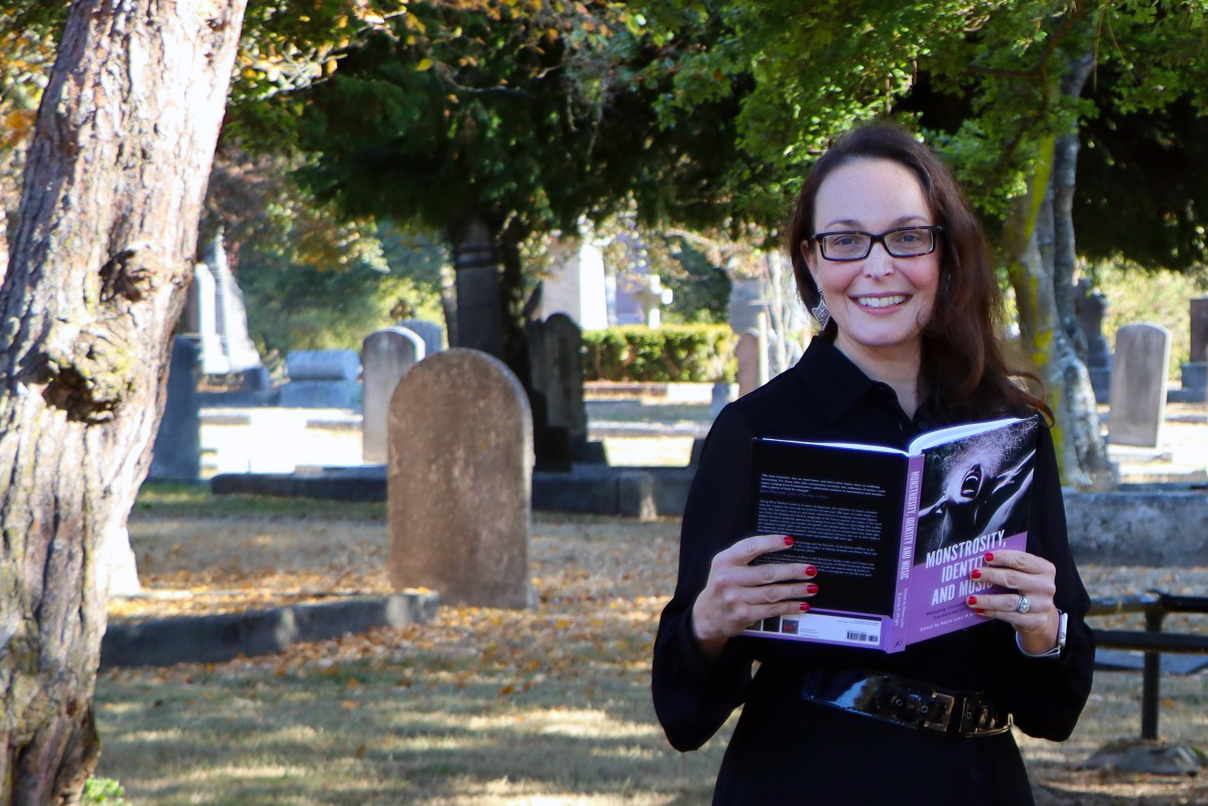 On a stormy Halloween weekend back in 2019. School of Music director Alexis Luko hosted an international symposium titled “The Gothic, the Abject and the Supernatural: Two Hundred Years of Mary Shelley’s Frankenstein”. Fast forward to Halloween 2022 and that conference has now evolved into the new essay collection she has co-edited, Monstrosity, Identity and Music: Mediating Uncanny Creatures from Frankenstein to Videogames (Bloomsbury).

Created together with her original conference co-organizer, co-editor and colleague from Carleton University, Dr. James Wright, Monstrosity, Identity and Music explores notions of monstrosity through different media — including comic books, film, music, videogames, art and theatre — and through different academic fields ranging from film, literary and gender studies to psychoanalysis, identity politics and even videogame analysis.

“We’ve stitched together several disparate discourses across different disciplines — just as Dr. Frankenstein assembled disparate body parts — to present a multi-faceted image of Shelley’s monster and his impact,” Luko explains, pointing to such varied examples as Marvel’s Frankenstein comics and Afro-Futurism to Maestro Fresh Wes’s “Let Your Backbone Slide” and the first cinematic adaptation of Frankenstein in 1910. “Taken together — and animated — these parts give us a powerful illustration of the undying importance of Shelley’s monster and monstrously human vision.”

But the book also looks more generally at monstrosity in music, film, and videogames — including chapters about queer counter-discourses, a re-evaluation of the white women in Jordan Peele’s Get Out, 12-tone compositions in monster movie soundtracks, the representation of Indigeneity in film and the role of female monsters in The Witcher 3: Wild Hunt videogame.

Click here to listen to Alexis Luko’s October 22 interview on this topic on CBC Radio’s North By Northwest (jump to the 11:30 mark, interview runs to 23:10).

It all goes back to her parents

A musicologist with an international reputation in film music (as well as renaissance music), Luko says she has always been drawn to scary things.

“When I was 7, my Dad gave me my own beautiful volume of Grimm’s Fairy Tales which I used to read quietly to myself before going to bed — often focused on the scariest ones, and then would spend most of the night hiding under my covers in a state of fright,” she says.

Add in family viewing nights featuring the likes of The Twilight Zone, Alien, The Fly (both versions), Invasion of the Body Snatchers — as well as more accepted cinematic classics like Ingmar Bergman’s The Seventh Seal, Akira Kurasawa’s Rashomon, David Lean’s Lawrence of Arabia and Roland Joffé’s The Mission — and it’s easy to see how a combined passion for film and music developed.

“I built up my love for film, art and music because I was lucky enough to have parents who constantly challenged me to open my eyes and ears — even if it meant getting a bit scared at times,” she says. 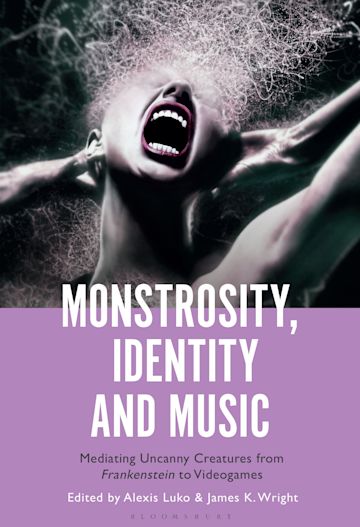 The sound of terror

When asked for her expert option on the scariest movie soundtracks, Luko singles out the sounds of psychological horror films like Midsommar, Get Out, Rosemary’s Baby and The Shining as prime examples where atmosphere is built through both music and effects like screams and voice. “Often the viewers’ or protagonists’ fears are exploited through sound itself,” she explains. “It’s sound that helps to amplify the imagination, often lurking offscreen. Sound is the filmmaker’s most powerful tool for horror, because it’s all about asking the audience to scare themselves.”

Despite living in an era when CGI and special effects tend to dominate screens both big and small, Luko feels the worst scares are the ones we create for ourselves—something Frankenstein originator Mary Shelley well knew on that  original dark and stormy night on Lake Geneva in 1816.

“There’s nothing scarier than what’s already in your own mind,” she says. “It’s important to remember that Shelley’s original monster didn’t look anything like the cliché of the shambling green grotesque that we so often see: he was much less obviously threatening and much more human—well-spoken, well-read, thoughtful and empathetic. It’s the people he meets, and their reactions to him, it’s our society that ultimately drives him to become truly monstrous.”