School of Music student Nicole Phanichphant playing the Gagliano Cello at the memorial service for Marilyn Jones (below), shown playing the same instrument in this archival photo. 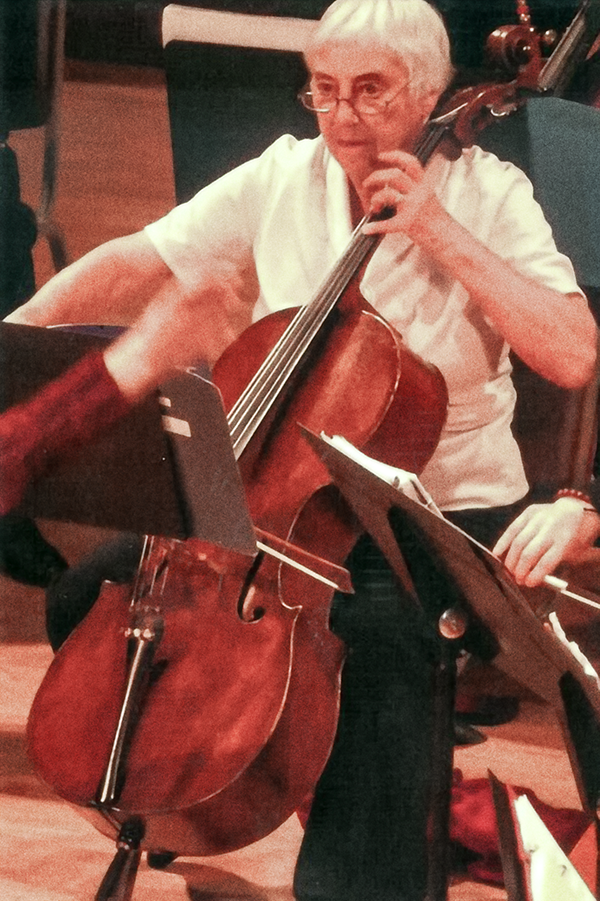 One of  the remarkable opportunities offered to School of Music students is the ability to perform on celebrated instruments for the duration of their studies. One such is the Ferdinand Gaglianojilus Nicolaifecit Neap cello, built in Naples, Italy, in 1779.

Most recently owned by Marilyn Jones—who played it for more than 70 years­—the Gagliano Cello is a significant part of the Marilyn June Jones Cello Fund Endowment, which was created to support the care and maintenance of it and other cellos in the School of Music.

“The generous gift of Marilyn’s fine cello not only has, and will continue to, enhance the experience and skill of the students who will have the opportunity to play and perform on, but it will feed their sense of possibility of achievement throughout their entire career,” says string professor and Lafayette String Quartet cellist Pamela Highbaugh Aloni.

Jones, who trained as a nurse but had a lifelong passion for music, brought the cello with her when she moved her family to Victoria in 1972, where she performed with local community orchestral groups. She continued playing the Gagliano Cello on a regular basis until 2018, when health issues made performance difficult.

But Jones wanted to ensure her treasured cello would continue to be played, and was delighted to gift it—along with an additional fund to support the care and upkeep of such fine string instruments—to the School of Music, where it would support the education of young musicians.

Highbaugh Aloni feels the Jones’ generous gift sends a clear message: “Every time it’s played, it reminds us that what the students are studying and striving for in terms of a career and lifelong pursuit is valued.”