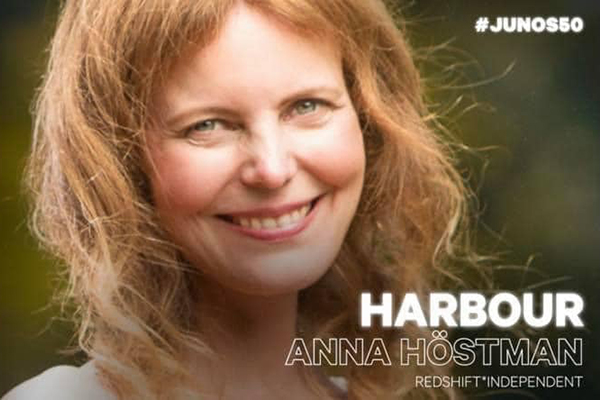 School of Music alumna and composition instructor Anna Höstman has been nominated for a 2021 Juno award for Classical Composition of the Year for her piano solo, Harbour. The news of the nomination was recently covered in this article in the Vancouver Sun.

Harbour was released by Toronto pianist, Cheryl Duvall, on Redshift Records (Vancouver) on a CD of solo piano works with Harbour as the title track. The album has been featured on CBC’s In Concert with Paolo Pietropaolo (29 Mar, 2020) and has been met with rave reviews.

Hostman’s compositions seek out tactile encounters with the world while extending into history, memory, and landscape. Performed throughout Canada and internationally, her works have been described as “suggestive, elegant” (Andriessen) and “hauntingly beautiful.” (Barcza) Alongside pieces for the concert stage, she has composed for opera, dance, performance installation, theatre, experimental film and video, and created music for the National Film Board.

Anna has held artist residencies at the Matralab (Concordia University, Montréal), Artspring (Saltspring Island) and Outvert Artspace (Ísafjörður, Iceland). From 2005-8, she was composer-in-residence of the Victoria Symphony. Her opera What Time is it Now? based on an original libretto by P.K. Page was premiered by the Victoria Symphony and recorded and broadcast by CBC radio.