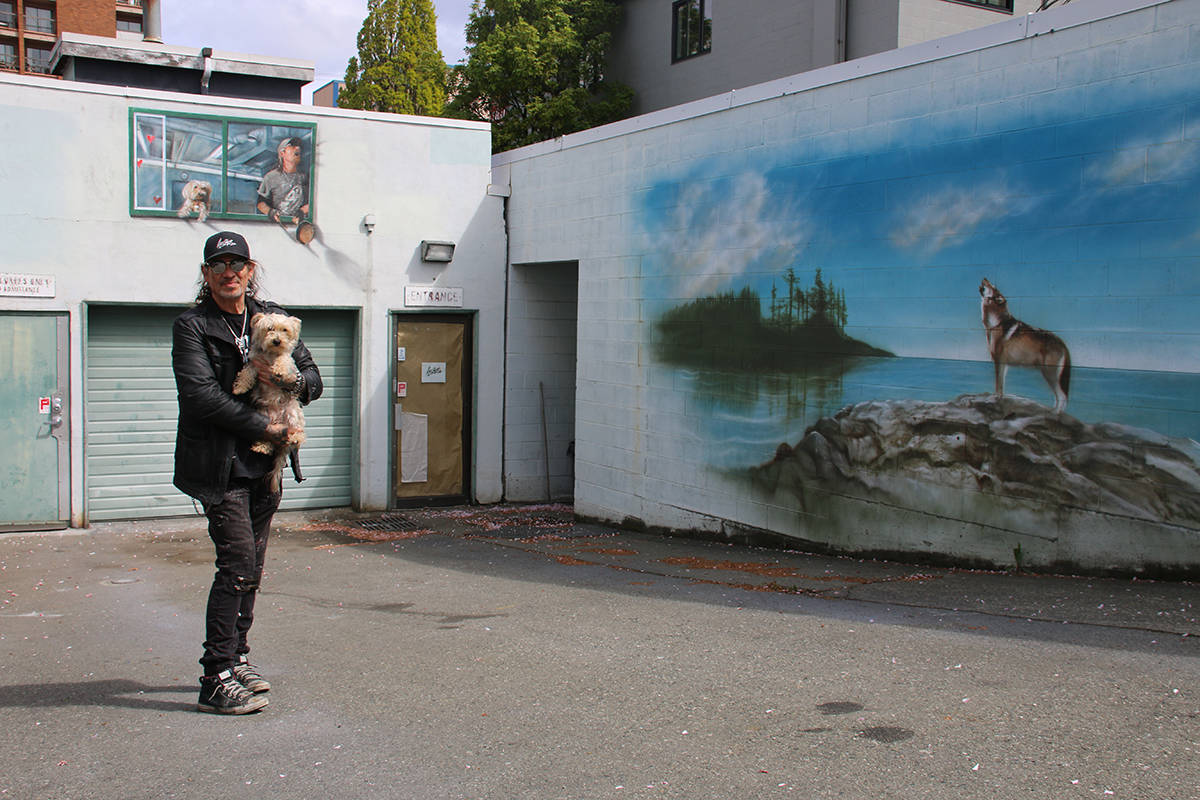 Paul Archer stands outside his shop on Broughton Street, with Takaya’s mural along side him. (Kendra Crighton/News Staff)

Although Victoria artist Paul Archer only learned of Takaya about a year ago, news of the wolf’s death “saddened” him.

Takaya, the lone wolf that lived on Discovery Island for about eight years, was captured in James Bay in January and released in a coastal habitat on the west side of Vancouver Island only to be shot and killed a few months later.

“[The news of Takaya’s death] just kept refreshing in my memory and I thought I’ve got to do something,” says Archer, who specializes in airbrush work.

To commemorate the animal, Archer painted a mural outside his shop on Broughton Street depicting a howling Takaya looking out onto the waters near Discovery Island, all based off photos he had seen of the wolf.