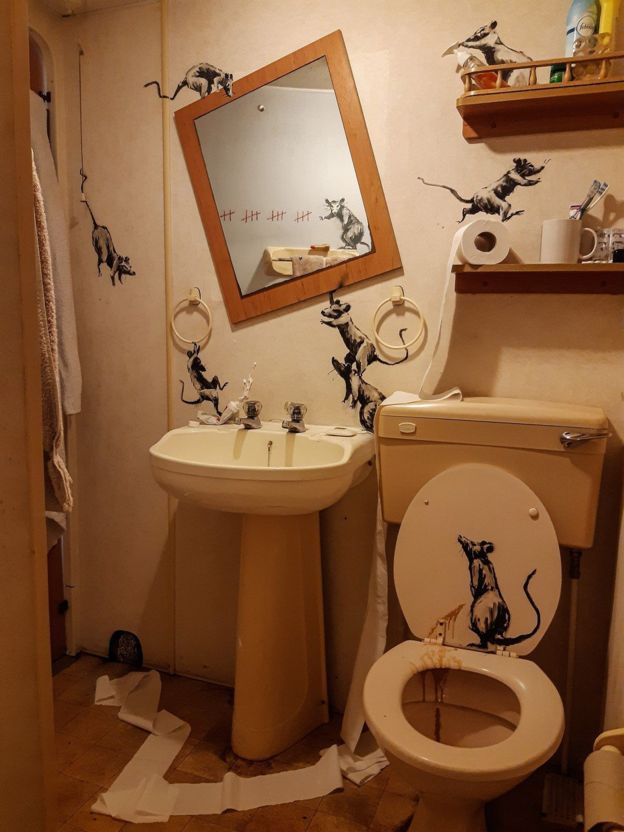 Banksy has published a series of pictures showing rats causing mayhem in a bathroom during the coronavirus lockdown.

The elusive artist, whose identity has never been publicly revealed, published five pictures on his Instagram account on Wednesday.

They show rats, which have featured in several of his pieces, wreaking havoc in what is assumed to be his home.

The caption on the picture reads: “My wife hates it when I work from home.”